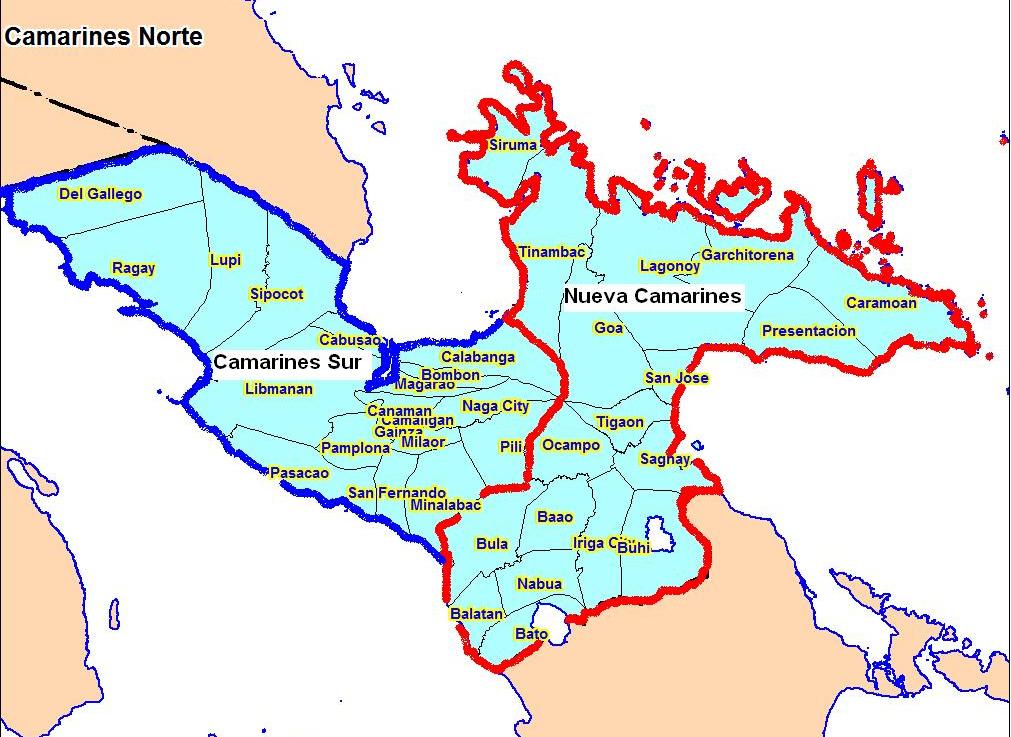 The economics of the partition?

Naga City Councilor Joseling Tuason is partly correct to say that “more than the political concessions that might be accorded those public figures who are pursuing or resisting the partition, there are grave social and economic restructuring of the entire setup and existing status of Camarines Sur if any changes occur.”

Proponents claim that with the division, an increase in total IRA allocation for the new Camarines Sur and the Nueva Camarines will mean an additional P6.5 million for every town and the Iriga City. This may have a grain of truth though must be placed in a proper context.

Sections 284 and 286 of the Local Government Code (LGC) stipulate that 40% of the national revenue shall be automatically given to the LGUs as their IRA share. 23% of these shall be allocated to the provinces. At present, the Philippines has 80 provinces. Assuming (and for the sake of simplification) that the IRA share of these provinces is a large pie, the IRA for the provinces will have to be divided into 80 so that each province will have one pie each. Ceteris paribus, the more provinces are created, the smaller the share each province gets. Initial computation, however, shows that if a new province will be created, this will mean a diminution of P2.4 million per province for the original provinces.

Given the above, while it cannot be denied that there will be a re-computation of the IRA and Nueva Camarines will have its share, this share will be at the expense of the other provinces all over the country not just of the new Camarines Sur. This is the reason why, in the context of the cities, the League of Cities has been fighting legal battles against the creation of new cities. As new cities are created, the smaller the IRA each city receives. Two of the worst hit are Puerto Princesa City which was expecting P147 million but only received P1.7 million; and Davao City which was expecting P263.5 million but only got P69 million. (The Supreme Court later flip-flopped in its decisions for the creation of new cities.)

The experience of Zamboanga del Sur and Zamboanga Sibugay is likely to be experienced also by the new Camarines Sur and Nueva Camarines especially this 2012 and 2013 considering that a decline in national revenue collection was noted in 2008 and 2009. It should be stressed that “the LGUs’ IRA allocation for a given year is computed based on the government’s total revenue earnings from the third fiscal year preceding the current one.”  As such, the League of Vice Governors in the Philippines oppose the creation of new provinces because this will cause the diminution of the IRA sharing which will be aggravated by the cutback resulting from the low revenue collection two to three years ago.

Those supporting the division, however, might argue: So what? Duwa kami kaya dapat dakul samo. Di magdagdag man kamong probinsiya.

Another argument is that the creation of the new province will automatically mean employment generation because new positions will definitely be established. This is true because instead of one set of elected officials, there will be two – one for the new Camarines Sur and the other for Nueva Camarines. There will also be two sets of offices for engineering, planning and development, health, treasury, accounting, budget, social welfare and development, agriculture, and so on and so forth. For Nueva Camarines alone, the initial cost for the personnel and other administrative expenses is P409 million.

For the new Camarines Sur, however, this means trimming down the bureaucracy and terminating excess personnel as well as coughing out millions of pesos for separation fees.

While the number of those that will be hired will definitely exceed those that will be terminated, the case may be different when it comes to the economic benefits that may be derived from the costs. The P409 million, for instance, could pave 20 to 27 kilometers of roads based on the standards of the Department of Public Works and Highways (DPWH); or construct 398 classrooms based on the standards of the Department of Education; or, support all the poor households for two and a half months using the Department of Social Welfare and Development’s conditional cash transfer program.

The P409 million, it should be noted, does not include yet the amount for the separation fees of the personnel that will be terminated from the old Camarines Sur.

Even though the argument is accepted at face value, the cost still include the construction of possibly unnecessary structures (if there will be no division) like a new provincial capitol building at Tigaon which is estimated to be at least P280 million, and another building, perhaps of a lesser cost, for a satellite capitol at Rinconada, as well as the purchase of lots where said buildings will be constructed. In addition, the cost of the personnel that will occupy said structures should also be taken into account. As the Center for Local and Regional Governance (CLRG) of the University of the Philippines-National College of Public Administration and Governance (UP-NCPAG) foresees, “the proposed split would induce an economic hemorrhage for Camarines Sur, while the new province would have to struggle with the various annual costs of running a province and subsidizing component LGUs under its responsibility”.

4.      Focused attention to constituents and development

This is highly debatable because focus, and even the kind of development desired, depends on who holds the rein of the provincial government. Assuming, however, that the increase in terms of personnel means more hands to attend to a smaller area and population, and setting aside the fact that more hands can also be a liability, the questions are: Will the division of Camarines Sur really bring development or at least more attention to the constituents? Or the promised positive results are just a myth?

The division of Camarines Sur is not just an economic issue. It is also more of a political as well as management issue and this will be discussed more later. But as a quick response to the questions, we can take a look at the recently separated provinces: Kalinga-Apayao which was divided in 1995 by virtue of Republic Act 7878, and Zamboanga del Sur and Zamboanga Sibugay which were separated in 2000 by virtue of Republic Act 8973.

One thought on “CamSur partition: It’s not the economy, stupid! (3)”