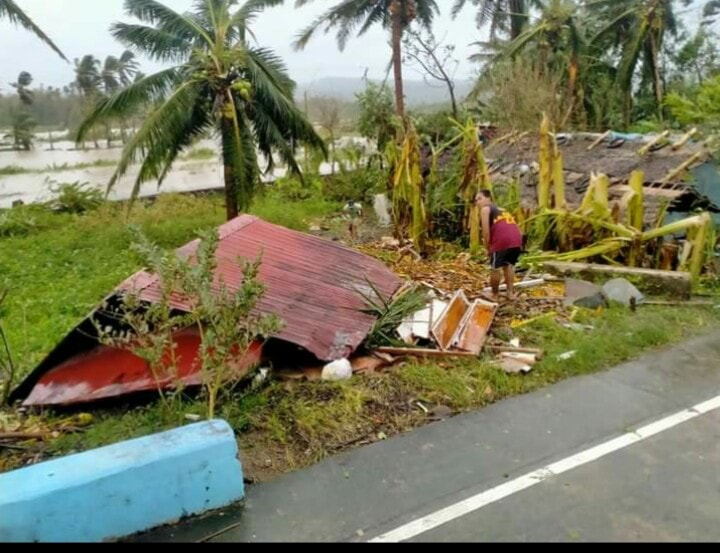 “Bangon Bicol” is now becoming a byword after super typhoon Rolly (International Name, “Goni”) battered the region and a major portion of Luzon and Visayas on November 1. As of this writing, the Rolly left 10 dead, hundreds of houses buried in water and, in areas surrounding Mayon Volcano, lahar, sand and other volcanic debris.

Typhoon Rolly entered the Philippine Area of Responsibility (PAR) at 11:00 in the morning of October 29, 2020 has since developed into a Super Typhoon with maximum sustained winds of 215 km/h near the center and gustiness of up to 265 km/h. Catanduanes, Albay and Camarines Sur has since then classified into Category 5, the highest Typhoon Signal ever raised.

Because of Rolly, Catanduanes and a greater part of Albay and Camarines Sur lost connection. Some were able to send, though, the following pictures through social media accounts.