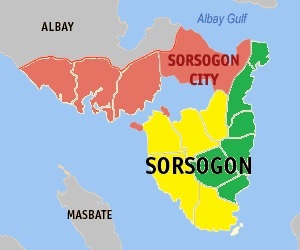 The redistricting will be as follows:

The proposal, however, still needs the approval of the Congress especially considering that the proposed Districts 2 and 3 fall below the 250,000 population requirement. District 2 has 243,377 population while District 3 only has 208,360.

Sorsogon is not the only province in the region with two districts. The other one is Camarines Norte. Catanduanes has lone district; Albay and Masbate both have three; and, Camarines Sur has five.