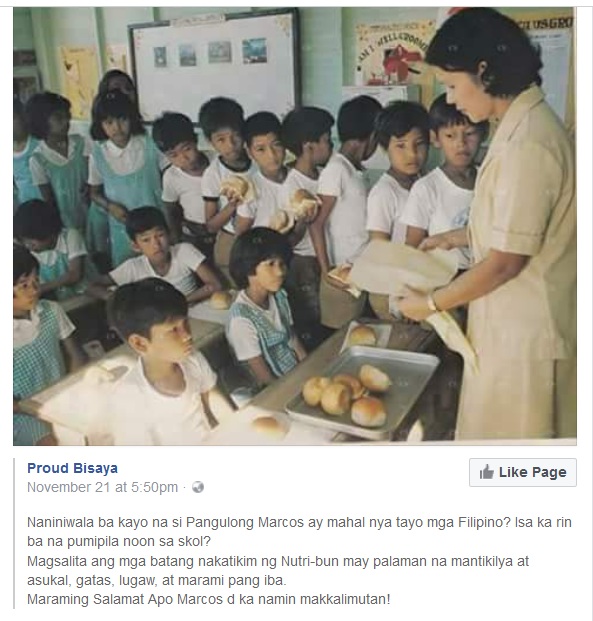 In a golden era, people should be feasting on cakes and beef and not nutribuns and snail-meat. In the period of rice sufficiency, no one should be hungry with people being more at risk for diabetes rather than malnourishment.  But do you know that then-President Ferdinand E. Marcos introduced programs befitting a Third World Country during the times when the Philippines is considered to be at its “golden period” and economic peak?

In May 1973, Marcos introduced the Masagana ’99 which goal is to produce 99 sacks of rice per hectare. The program was, in part, instrumental to the increase in yield especially with the introduction of the “miracle rice” developed by the International Rice Research Institute (IRRI) which rose from zero in 1965-66 to 81% in 1981-82 with average productivity increasing to 2.3 tons per hectare in non-irrigated farms and 2.8 tons per hectare on irrigated farms at the end of 1983.[1] This enabled the country to attain rice sufficiency and eventually export a small amount.[2] It should be stressed, however, that IRRI is not Masagana ’99, and the research institute is not an agency of the Philippine Government.

The Philippine rice self-sufficiency, however, was short-lived as production could not cope up with a growing number of population despite the increasing number of disaparecidos and murders in the name of subversion and rebellion. Studies show that the cause of poor production includes agricultural practices of the rural farmers and lack of sufficient support from the government, along with the natural hazards that frequent the country. While it is true that climate change was not an issue then, natural disasters were already a “normal” and there were no efforts to make the country resilient. In the Bicol region alone, aside from the regular volcanic eruptions in Albay, there were on average 22 typhoons passing by including the Typhoons Trix and Sening that almost wiped out the Region 5 and some parts of the Visayas in 1952 and 1970, respectively.

Another program that aimed at bringing food, particularly protein, to the plates of the Filipinos was the “Golden Kuhol”. Whether this was the “Golden Age” that some sectors are referring to, we cannot say. But during those years, fields indeed looked golden, and pinkish, rather than the verdant ones the Filipinos used to see. The Legazpi City Hall in Albay, for instance, has a large aquarium showcasing these snails like the altar for the religious in the neighboring block. And it is quite educational especially for kids in the nearby public schools and the destitute population because apart from the primary colors, people then learned what color “gold” is. The problem, the gold that is supposed to make the farmers rich and the food that should fill the stomachs of the malnourished (the golden snails are supposed to provide proteins to the people) became pests making the “Masagana 99” a “Tag-gutom ‘99”. This was later acknowledged by Bongbong Marcos in the year 2000 who spent government funds just to buy ducks that will eat the snails.[3]

The third is a program that makes a group of Visayans very thankful to Marcos – the Nutribuns. Nutribuns have been developed by Virginia Polytechnic Institute and State University in the United States and is distributed by the United States Agency for International Development (USAID) under the PL 480 Title II Food Aid.[4] The nutribun distribution program is envisioned as a way to combat malnutrition.

Interestingly, and is worth quite stressing here, the nutribun distribution program is strictly for those countries classified as “underdeveloped and with high rate of malnutrition”. With the Philippines being in the “golden era” during the Marcos time makes one wonder what is the nutribun program doing in the Philippines. And worse, nutribuns are being sold at students in schools at 25 centavos-a-piece when these should be distributed for free. Were yellowtards already existing to sabotage the program in that period of autocracy and one-party domination?

Well, nobody can tell. But the clear point is, the nutribun distribution program, along with the Masagana 99 and the Golde Kuhol programs make the Philippines look poor, malnourished and hungry during the time of Marcos – the time when the country was supposed to be rich and second to Japan in terms of economic might.

[4] See the 1979 document entitled “Nutrition and Related Services Provided to the Republic of the Philippines” which can be accessed here: http://pdf.usaid.gov/pdf_docs/Pnaag927.pdf