My family and I have migrated here in Europe and it’s more than two decades since I last set my foot in Bicolandia, my birthplace. Could you update us of the changes there?
— from an e-mail

I find it uncomfortable to compare the present with twenty years ago. I was too young then hehehe. But for Bicolanos abroad, I’ll try my best to share with you some information to the best of my knowledge. Anyway, we have a lot of readers here who are willing to help… so let’s keep the ball rolling.

One of the major changes is in the field of transportation. We now have regular flights from Manila to key areas of Bicol like Legazpi, Naga, Masbate and Catanduanes. And from Cebu, there is also a regular flight from Queen City of the South to the cities of Naga and Legazpi. Kaya lang, arog man giraray kan dati, an Naga City Airport yaon pa man giraray sa banwaan nin Pili asin an runway kan Legazpi City Airport nasa Banwaan nin Daraga. 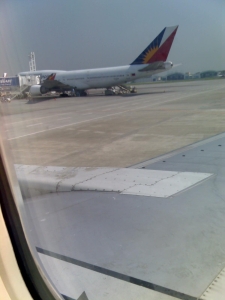 With regards sea travel, the region now has an additional seaport — the Pantao Port in Albay. It is envisioned to be an international port and is now now under construction. The older ports were also improved as a number of these (Matnog and Bulan seaports) are part of the RORO (roll-on, roll-off) Vessel program which connects islands to islands.

For those who love leisure, there is also a cruise from Legazpi City to the central and southern Philippines but this is only based on schedules.

The most favorite is still land transportation. The train service through the PNR, however, has deteriorated that only a few patrons remained. Travel-time by South Road has been significantly reduced especially with the construction of the Quirino Highway now renamed as Andaya Highway. If a few years back a regular trip by bus would take 14 hours from Manila to Legazpi, now it averages only ten hours. Depende siyempre sa panahon asin sa oras kan biyahe. Or one may take a 26-seater non-stop bus and the trip will only take six to eight hours.

As to transportation costs, ordinary bus fare as of this writing is P300 only. Airconditioned buses charges for as low as P500 depending on one’s destination. As to airfare, there are airlines that charges a little over a thousand pesos (especially if you availed of the promos) to P4,000 — again, depending on the destination.